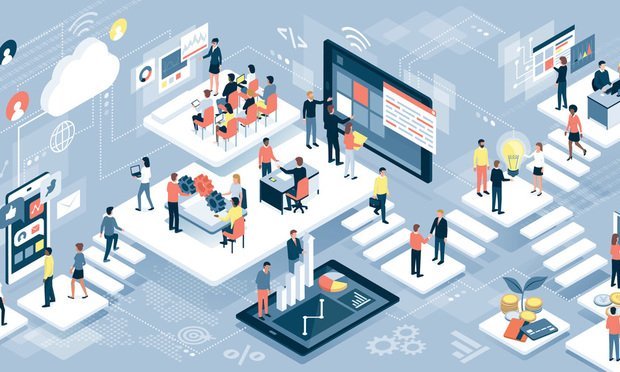 Atomico’s 2021 State of European Tech report has just been published. Along with Slush and with support from Orrick, Silicon Valley Bank, and Baillie Gifford, this report outlines the most significant improvements of the European startup ecosystem during the last year.

The report provides an insightful and comprehensive analysis of 45 different European countries. The key findings of the report showcase that Europe is becoming the next global player in tech, with a record of $100B of capital invested in one year and 100 new unicorns consolidated.

Most importantly, this report outlines the improvements of the Dutch startup ecosystem against competitors within the European continent. Data shows that The Netherlands has experienced 2.6x as many startups per 1M population - ahead of the UK and France. Additionally, the report reviews in detail the characteristics that are making the Dutch startup ecosystem stronger than ever: solid foundations for new startups and companies scaling up.

On December 7th, the report will be presented by various actors in the startup ecosystem, including Janneke Niessen from Capital T. You can register for the event here.

As Europe looks set to hit the milestone of $100B invested into its technology industry in a single year, the latest data shows a continent solidifying its place as a global tech power, according to Atomico’s annual State of European Tech 2021 report. With early-stage investment levels now on par with those of the US for the first time, and the number of new unicorns soaring, Europe’s tech industry is growing faster than it did before the pandemic, adding $1T of value in the first 8 months of 2021 alone.

The report, an annual deep dive into European tech industry data across 45 countries, is published in partnership with tech conference organizer Slush, and with the support of Orrick, a global tech law firm, Silicon Valley Bank, and Baillie Gifford. “Europe is undergoing a technological revolution with profound effects across economies, societies, and the environment, driven by two irreversible trends: one, which is not unique to Europe, is the relentless march of technology. The other is what we call the European tech flywheel -- a set of incredibly strong foundations including a deep talent pipeline, exceptionally strong founding teams, and a healthy pool of investors at all levels -- that spins out unicorns and creates value at ever-increasing frequency and magnitude,” said Tom Wehmeier, Partner at Atomico, and co-author of the report. “These two trends set up Europe's tech ecosystem to prosper even if macro conditions change.”

“The market is also becoming more liquid with the convergence of different types of investors and increasing appetite from the public markets,” added Sarah Guemouri, Senior Associate at Atomico, and co-author of the report. “Even in a conservative scenario, we expect European tech to at least double in the coming decade and add trillions of dollars worth of value.” The report outlines 5 key trends:

1. Europe solidifies as a global tech player; the Netherlands strengthens its position further

2. Outcomes are exceeding projections in both public and private markets; The Netherlands represents nearly half of the value added by companies on European public markets this year

4. Access to funding and talent are key challenges for European tech founders, but a virtuous cycle of talent is well underway; filling tech jobs is particularly difficult in the Netherlands

“European tech is at an inflection point. The current record level of investment is a culmination of many years of groundwork that is now paying off,” said Chris Grew, a London-based partner at Orrick, the leading European tech legal advisor for 23 consecutive quarters. "We are experiencing amplified interest from global investors seeking access to the European tech ecosystem, and significant exits are giving founders access to more opportunities than ever before. These are extremely exciting times and Orrick is proud to play its part.”

Miika Huttunen CEO, Slush: "It seems like only yesterday that Slush and Atomico co-authored the first State of European Tech report in 2015. Back then, we felt rather alone in our belief in the European tech ecosystem. Six years later, the story couldn't be more different. In our inaugural report, we celebrated $10B invested in European startups. Today, we're on track to $100B. We also regretted the lack of a big European technology company. Now, it's only a matter of time before Adyen, Spotify or Klarna will break $100B in market cap. To have reached these milestones amid a global pandemic is one of the greatest displays of human perseverance in history. Most importantly though, even we couldn't have dreamt of a future in which Europe compares to the behemoth that is the US. To that end, it is striking to see that we are now on par with the US in the volume of early-stage investments. This squarely proves that the heydays of European tech remain ahead of us.”

Erin Platts, Head of EMEA & President of the UK Branch, Silicon Valley Bank: “The European Innovation Economy has proven itself as a leading global hub for innovation over the past decade and is now at a pivotal point in its maturity. We believe we are at the start of a golden era for European innovation. 2021 has been without a doubt the finest year for the European innovation ecosystem with a record $100bn expected to be invested by the end of the year. Our ecosystem is flourishing, we now have the depth, breadth, and international demand that has made Europe a tech powerhouse. We’re optimistic that we will see our innovation ecosystem go from strength to strength as it becomes more attractive and, the larger it becomes. It is possibly the most exciting time within the innovation industry and the center of gravity is shifting with Europe taking a prominent role on the world stage.”